Marek Bidwell talks to Mark Matteo, CEO of Heating Trade Supplies Group and National Boilers Parts about their contribution to the Circular Economy in the North East of England. 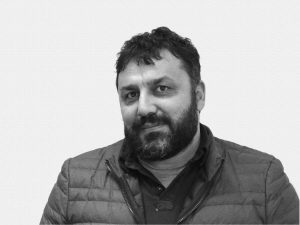 Awareness is increasing that something is wrong with our traditional ‘take-make-break’ economy. The BBC’s recent ‘Blue Planet 2’ series highlighted the devastating ecological impacts of consumer waste in the oceans and consumers are growing increasingly sceptical of companies that sell products that have built-in obsolescence, costing more and adding to the waste crisis.

UK government agency, DEFRA, calculated that business could save around £23bn per year by using resources more efficiently and producing less waste. Theresa May’s government is committed to making sure this happens by promoting “reuse, remanufacturing and recycling” in their ‘25 Year Environment Plan’ published in February 2018.

When organisations embark on a journey to reduce waste they often set ‘zero-waste-to-landfill’ targets and focus on sub-optimal outcomes such as incinerating waste for energy. However, the real wins for the environment and business, are achieved when items are reused or remanufactured, thus eliminating waste altogether, often called ‘The Circular Economy’.

Heating Trade Supplies is one company who is turning this concept into reality. They started trading five years ago with the aim of saving money for heating engineers and maintenance companies on boiler parts and at the same time extending the life of boiler components – a first in the North of England. The factory receives faulty boilers parts, such as Printed Circuit Boards and heat exchangers, repairs and tests them in their dedicated workshops, before dispatching them with a 12 months replacement warranty. 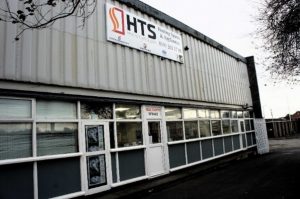 I visited their workshop, near the north entrance to the Tyne Tunnel, and waste met by CEO, Mark Matteo. It is a busy scene on arrival due to high demand for parts and repairs following extremely cold weather and snow in Britain the previous week. He tells me that it was all hands on deck over the weekend clearing the backlog.

I start by asking Mark what inspired him to set up the company. “I served my time as a Heating Engineer in Turkey, but then when I started working in England repairing boilers I was forced to buy entire replacement parts at a high price when I might only need one small component, and have to dispose of the rest of it, so I felt really bad having to pay several hundred pounds when I only need one component worth a few pounds. Many of the parts, especially the electronic parts, are fixable. They consist of three or four hundred components, but when there is a fault it is likely that one of only ten moving components has failed.” 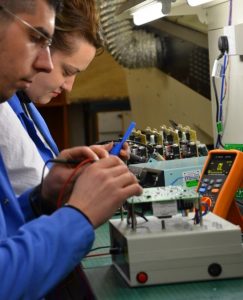 Touring the workshop, I observe engineers swapping out components and testing the repaired items. Other staff are reconditioning heat exchangers for a second life. They clearly take pride in their work and show me the spotless results. Mark tells me that having a dedicated facility is essential: “Without a workshop, you are very limited because the only way to test a PCB is to fit it on the appliance. We have developed test rigs that mimic the each of the hundreds of types of boilers, allowing us to find out which components are faulty.”

Following the development of quality management system (ISO 9001:2015) the company developed a standard system whereby when they receive a faulty PCB, they not only swap out the damaged components but replace all the moving components on a PCB that commonly cause a fault. “The repaired board is practically as good as a new, if not better because our replacement components are higher rated than the originals,” says Mark. “Customers also have legitimate questions about the safety of refurbished components for gas boilers. All our work is carried out under the quality standard ISO 9001, replacement components are traceable to their country of origin and we obtain Certificates of Conformity from suppliers. We also employ a number of qualified Gas Safe registered engineers at the factory.”

Mark is clearly enthusiastic about the benefits of the service he provides, not only for the environment and the customer but also the local economy. He says, “every single item we refurbish would have been imported from other countries, so we believe that we are keeping the money in the country”. 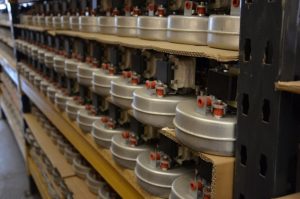 Increasingly HTS are attracting larger corporate customers because the service offers a ‘win-win’ for them in terms of reducing the cost of replacement parts and helping them to meet their sustainability objectives. Some of these companies offer a guarantee to domestic customers that they will either get their old boiler working or provide them with a replacement. However, some domestic boilers are over 20 years old and spare parts are no longer available. “It happens very often that heating engineers have to replace the entire heating system in a house just because they can’t source a small part, but there is nothing wrong with the larger system,” says Mark. Walking around the warehouse I observe a library of stacked and labelled refurbished components, many of which come from obsolete models. He adds: “If necessary we can also manufacture such obsolete parts in a dedicated facility”.

Michelle Oliver, who is responsible for environmental management at HTS, shows me how they segregate various types of waste arising in the factory, including electrical waste that is beyond repair, which is collected by a licensed electrical waste reprocessor. Packaging material removed from incoming goods is shredded and used for packing parts to customers. Michelle says that the company is gearing up for assessment against the international environmental standard (ISO 14001:2015) in June. 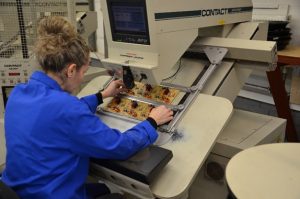 I am keen to understand what the challenges are in this line of business, with a view to learning lessons for the wider circular economy.  “The biggest challenge the sector has is that it is seasonal,” says Mark. “When we are busy we are extremely busy, and boilers all decide to break down at the same time, so everybody needs parts. The other challenge we have is that, although it is great that we do a unique job, the downside is that there are a very limited number of qualified people who we can employ, so we have to look far and wide for skilled engineers, but we have now started training some local young people in these skills. So, expanding the business not as easy as expanding a usual mainstream business.”

Towards the end of our discussion, I ask Mark how he sees the wider political, economic and environmental challenges facing the country may affect the business. “I moved to the UK in 1998 to work as a Heating Engineer, and although prices of food and goods have risen substantially during this period the wages of a typical engineer have remained the same – we are all poorer. Fifteen or twenty years ago when we went to repair a boiler the customer didn’t care too much how much a part cost, but times are getting harder following the recession, oil prices are fluctuating, and people are wondering what Brexit will bring. For example, the day after the Brexit vote, bills for our materials went up 20% against the Euro and Dollar, so we can feel it. People are being a lot more careful to purchase energy efficient boilers, insulate their houses to insure against rises in energy prices, and it is the same with companies. They can’t ignore refurbish and remanufacturing options anymore. I think that our type of industry will become more and more important in the future.”

Following our meeting, I reflect on the success that HTS has had in stimulating the circular economy in the heating sector by employing eco-design principles such as modularity, durability, and efficiency, and hope that the lessons learned here will encourage innovation in other sectors.