This article contains a diagram designed to help readers understand the differences between the structure of ISO 14001:2004 and ISO 14001 – due to be published in 2015.

Getting to grips with the new structure will help you to visualise which requirements are the same, which are changed, and which are new. This in turn will assist with understanding the implications for your organisation as it makes the transition.

ISO 14001:2004 is structured around the Plan, Do, Check, Act cycle. The draft standard is structured in a similar way but has two additional chapters at the beginning: 4) Context of the organisation, and 5) Leadership. Section 6) Planning, has been subdivided into additional sub-clauses, and the requirements of Implementation and Operations have been divided into two new chapters: 7) Support, and 8) Operations.

Operations will be composed of the existing ‘operational control’, and ’emergency preparedness and response’, with the addition of the key new requirements on ‘value chain control’. The existing section on management review has been inserted into 9) Performance Evaluation, and nonconformance jumps to the end in 10) Improvement, with the addition of a final sub-clause called ‘Continual improvement’ that includes some repetition from section 6) Planning. 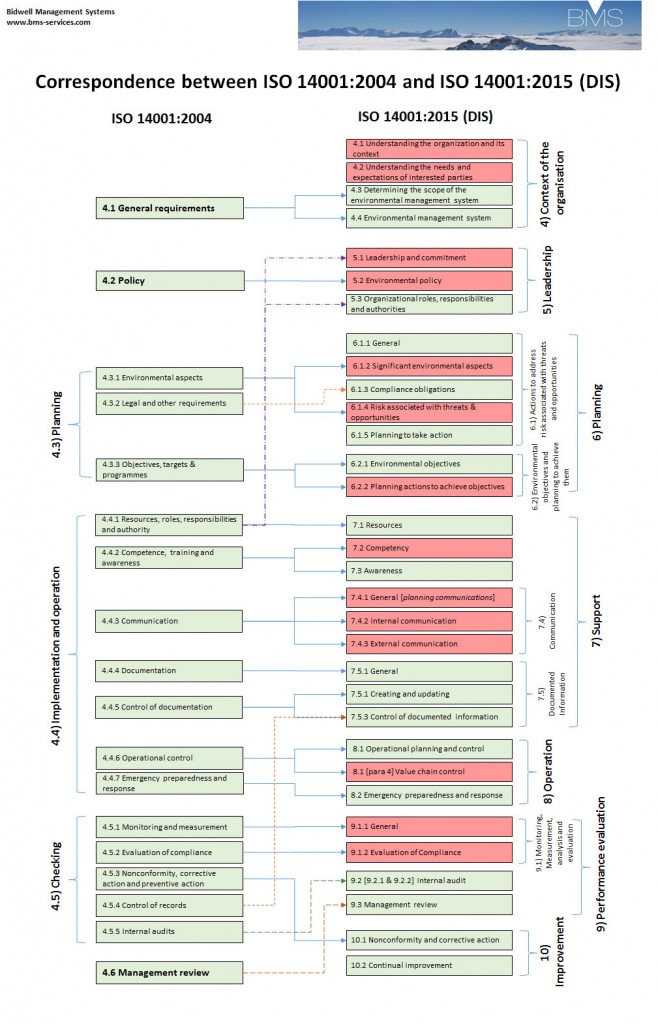